Our New Theme
for 2023 is Coming Soon

WHERE TO CLICK TO LEARN ABOUT
NETLOGGER, OUR DEAL AND THE SDRS

A WORD ABOUT JERRY, KK6YO

AND THIS IS A TRUE STORY.

WHILE CLEANING OUT MY MAIL, THE

LAST EMAIL I EVER RECEIVED FROM JERRY HAD

A VIDEO ATTACHED WITH THE MESSAGE,

"WHAT TO DO IF YOU GET
BORED ON A SATURDAY AFTERNOON"

HERE IS THE ATTACHMENT:

I HOPE YOU ALL FOUND THIS INSIGHTFUL.

WE MISS YOU JERRY! 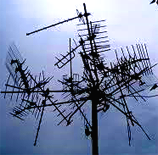 WHERE HAM RADIO CAN TAKE YOU
PHIL'S STORY

Gil has been a mainstay on Group 7155. He welcomes new guests, makes introductions and has an unending curiosity about what radios & antennas they use. He loves DX and many times brings it straight to the Group for a great morning surprise. He likes mystical stuff but don't let that throw ya. He always helps when help is needed and is a speaker at Ham Conferences and Events where he helps others get their license or want to upgrade. Gil and his wife Danna travel the world and make friends everywhere go. He is one of Group 7155's treasures. Gil keeps the Theme of our Group alive as one that is welcoming, congenial and wholesome.